After firefighters spent almost nine hours battling the flames inside of the beloved Notre Dame Cathedral of Paris, officials say that the majority of the building’s most hallowed structures and artifacts have been preserved.

According to a statement from the Parisian fire brigade, “the structure of the cathedral is saved and the main works of art are aided by the state of the art.”

The blaze was extinguished yesterday evening thanks to the work of 400 firefighters and police officers, only three of whom were injured by the incident. Investigators have stated that the fire was caused by accident, rather than criminal motivation or arson.

The fire burned down the spire and roof of the cathedral, but historians breathed a sigh of relief upon discovering that all of the building’s iconic Rose Windows, which dated back to the 13th century, had survived the inferno.

The cathedral’s towers, golden altar and crucifix made it through the fire as well. There are still some unaccounted for, the fire brigade fire brigade say that the bulk of the artifacts inside the building have been saved.

“I want to say thank you to Paris Firefighters, they saved the towers. I could not imagine Paris without the Notre Dame towers, “City Mayor Anne Hidalgo  wrote on Twitter . “As early as last night, we immediately made St. John Hall available at the Town Hall so that the works could be protected, such as the crown of thorns and the St. Louis Tunic.”

This Notre-Dame cathedral, we will rebuild it. All together. It’s part of our French destiny. I commit myself: tomorrow a national subscription will be launched, and well beyond our borders.

In addition, several billionaires and organizations have already pledged over $ 700 million to restore the cathedral to its glory.

Francois-Henri Pinault, the chairman of Gucci’s parent company Kering, stated that he and his father would be donating $ 113 million to the cathedral’s restoration.

LVMH has also pledged $ 226 million towards rebuilding the structure. 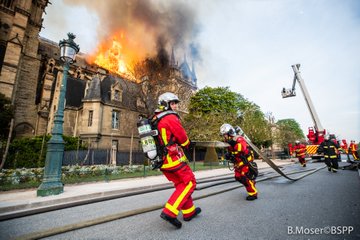 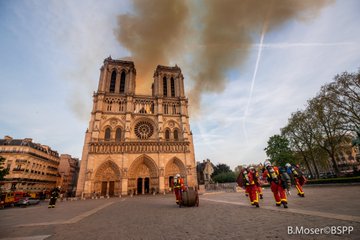 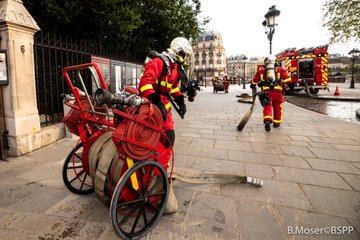 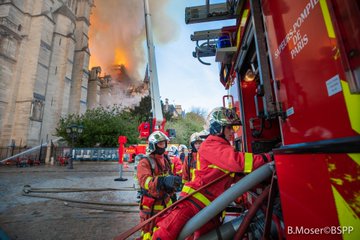 The Bettencourt Meyers family of L’Oreal cosmetics has also issued a statement announcing their own $226 million donation as well. 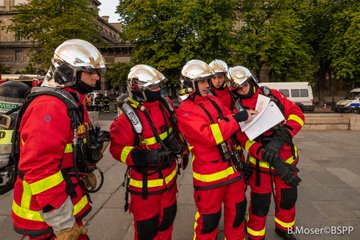 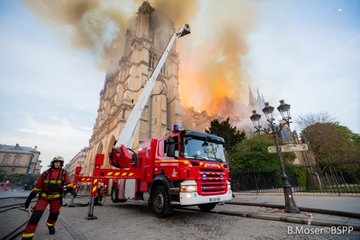 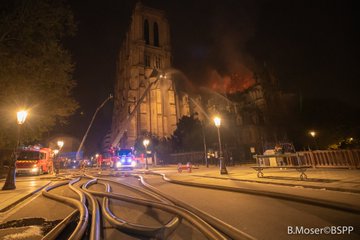 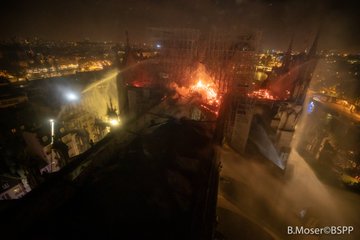 12.5K people are talking about this

Mayor Hidalgo tweeted: “I will propose that we organize in the coming weeks a major international conference of donors, which I am ready to welcome to the City Hall, with patrons from around the world, to raise funds for the restoration.

“The Paris Fund I created in 2015 will also be mobilized and the city will contribute to this renovation,” she added.

Long live France! Be Sure And Share The Good News With Your Friends On Social Media  –  Photo Feature by David Merrett, CC